Nov. 24, 2021 – We are deeply saddened to announce the passing of our dear friend and former board member, Jim Babbitt. Jim was a prominent figure in his hometown of Flagstaff, Arizona. He authored three historical books on Flagstaff and was a longtime advisor to the National Trust for Historic Preservation, helping to preserve our country’s historic buildings, neighborhoods and communities. In addition to his work at the Trust, Jim also championed several conservation organizations, including the Grand Canyon Trust, where he worked to preserve and protect the landscapes and Native peoples of the Colorado Plateau.

Denise Schlener, board chair, had this to say about her fellow board member: “Jim had many gifts. Among them was a gentle style that belied how strong his passions were, including his love of wilderness. He was an engaged listener who wasn’t interested in offering his own opinion until he understood the issue and heard from everyone.  When he did speak, everyone listened.”

According to Sarah Chase Shaw, Trust board member and longtime family friend, “Jim exhibited a quiet humility that comes from having the confidence to stick up for what he believed in. Jim’s legacy will reflect a deep belief in family, community, history, and a love for the vast northern Arizona landscape, a place he knew like the back of his hand.”

The Wilderness Land Trust will miss Jim dearly, and our hearts go out to Jim’s wife Helene, his son Charlie, and the rest of his family. 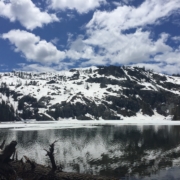 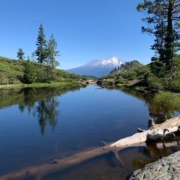 Named after its highest peak the rugged ridgelines

More Protection for Colorado Wilderness – A message from Kelly Conde,...
Scroll to top